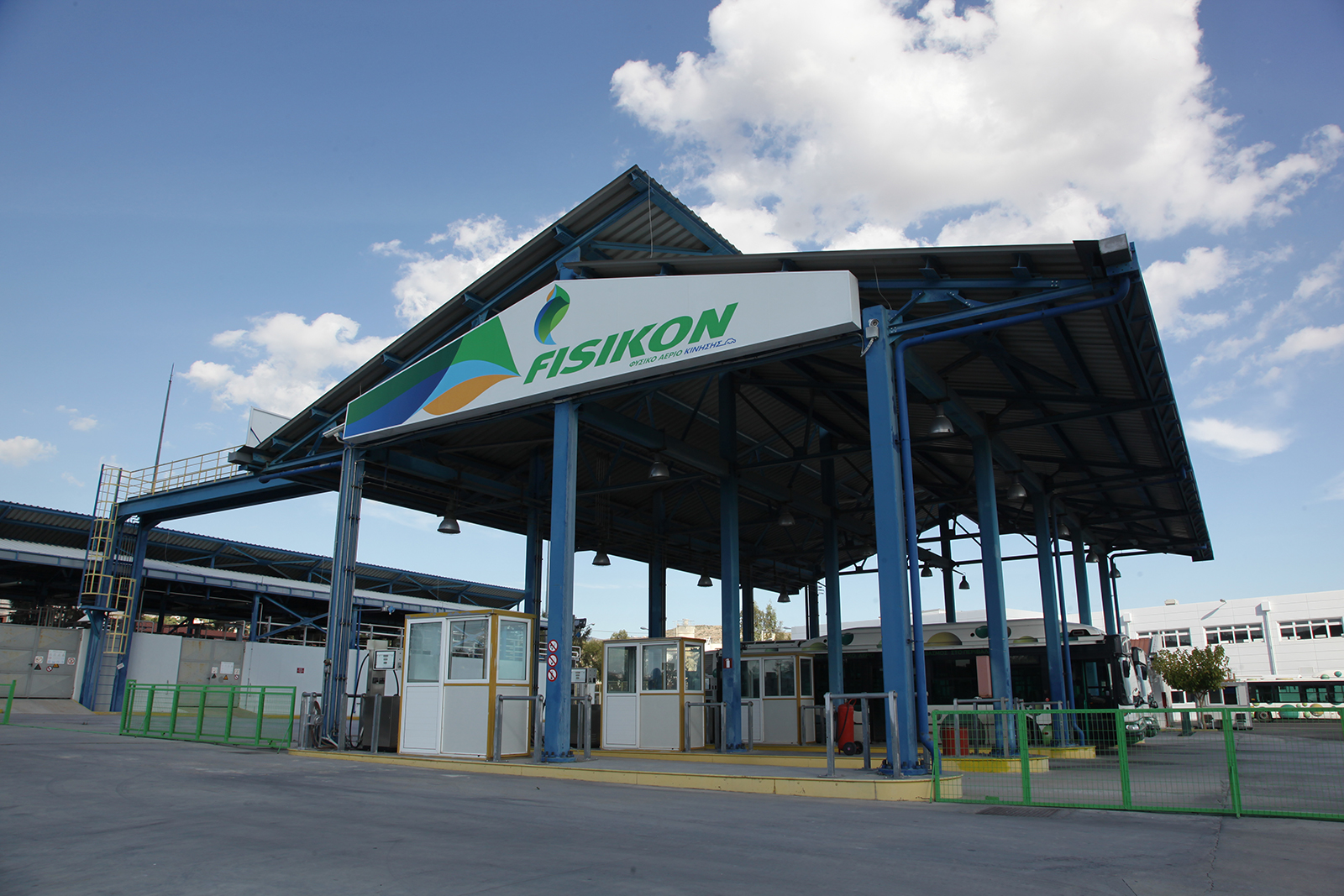 Natural gas is the fastest growing form of primary energy world-wide. Given its advantages compared to other forms of energy and as it is the dominant energy choice of the European Union, it is considered the fuel of the 21st century and the "bridge" for the transition from conventional to renewable forms of energy.

Some of the most important reasons for the use of gas-powered vehicles are the following:

Natural gas powered engines produce 25% less carbon dioxide than gasoline powered ones, and 15% less than diesel.. It should be noted that carbon dioxide is one of the gases responsible for the greenhouse effect, contributing to global warming and climate change.

In comparison to gasoline,gas-fired engines achieve a 95% reduction in carbon monoxide emissions, an 80% reduction in hydrocarbon emissions and a 30% reduction in nitrogen oxides.. Furthermore, το natural gas does not contain sulfur, particles, traces of metals and toxic lead or benzene additives that are highly carcinogenic.

Natural gas is the “bridge” for even cleaner automotive solutions such as the use of hydrogen.

The following are the pollutants emitted in comparison to gasoline and diesel.. 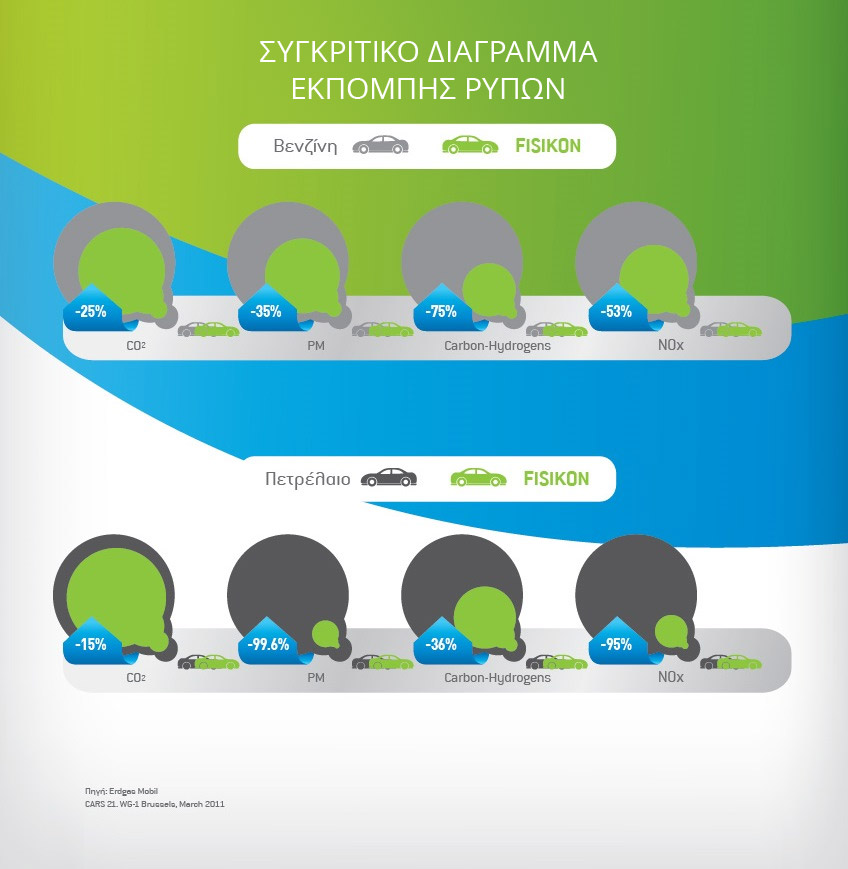 The use of natural gas is characterized as technologically mature, with a long history of more than 70 years in Europe.

The fuel supply circuit for the natural gas is airtight (without air inside), so there is no possibility of automatic ignition,unlike liquid fuel tanks where this is possible. Also, storage tanks are manufactured under very strict safety standards and are subject to thorough controls..

Fuel tanks in cars, thanks to their construction materials and position on the vehicle, have a much lower risk of damage in the event of a collision than the fuel tank..

In the event of a leak, there is no danger, as the gasis lighter than air and therefore it’s channelled upwards, expanding and dissolving into the atmosphere..

CNG has a higher number of octanes than gasoline (130 vs. 90), thus achieving combustion without the need for self-ignition because the mixture of gas and air is perfect at any ambient temperature.

The engine shows great torque in accelerations, without failures even at low speeds.. The speeds that gas powered vehicles can reach are similar to the ones of gasoline powered vehicles.

When converted to a dual-fuel engine, vehicles can switch fuel simply at the touch of a button, thus doubling the car's range in many cases.

CNG powered vehicles can operate on all types of terrain, even in the mountains and under any weather conditions, as the fuel does not freeze at very low temperatures.

More than 80 countries, across all five continents, use CNG as fuel for more than 14.5 million vehicles, which are refueled at more than 20,000 service stations (public and private). The interest of automobile manufacturers is highin further increasing CNG-powered models , supplying with more and more models the market, while there are more than 180 dual-fuel conventional vehicle conversion kits for many with their number constantly growing. Exploitation of natural gas reserves is expanding into both conventional and non-conventional reserves, in contrast to available oil fields, whose limited availability will lead to an increase in the price of both diesel and gasoline.

Conventional gas pipeline networks continue to expand every year. Moreover, there is no waiting at the gas stations as the fuel is supplied by the pipeline and not by tankers.

Natural gas can replace all liquid fuels in all their applications as well as in additional ones, but the opposite isn’t possible.

Regarding transportation, there are many cars, trucks, commercial light trucks, buses and ships that run on natural gas. Furthermore, in addition to the pilot stage, the introduction of natural gas in planes and trains has progressed..

*Sources: article in the NGV Journal entitled: "50 reasons to use gas as fuel" at www.ngvjournal.com/en/vehicles.